Worthington Farms is a family-owned nursery providing fine plants to landscape professionals.
We do not sell to the general public. Contact us to locate a landscape designer, architect, or contractor near you. 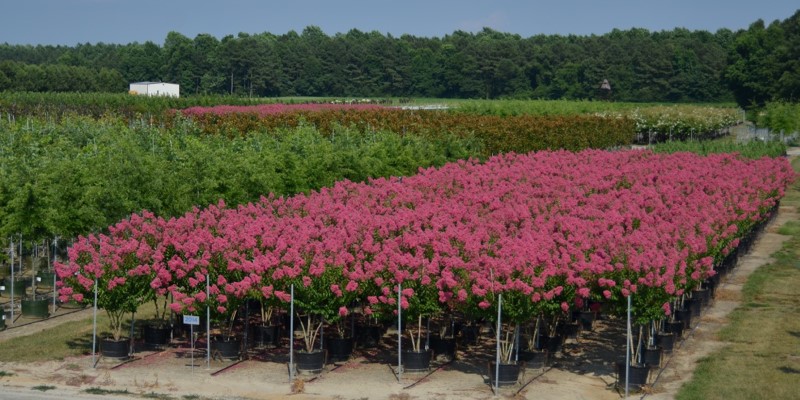 Isaac Worthington purchased the original farm in the Ballards Community near Greenville, North Carolina in 1837. ”Flue-cured” tobacco was grown as the primary cash crop during the late 1800’s through the 1990’s.

The first shade and ornamental trees were planted here in 1978. In 1990, seven and fifteen gallon “pot-in-pot” container production was added to provide plants that could be transplanted safely during the growing season. We were the first North Carolina nursery to adopt the pot-in-pot system. Twenty-five gallon pot-in-pot production was added a few years later. Since then we have added shrubs, grasses, and more trees ranging from 3 gallon to 45 gallon containers. In 2005, we opened a distribution/rewholesale yard at the main nursery. We carefully select plants from other growers and have them on hand to help fill holes in our inventory. In 2014 we opened a B & B stockyard, “pre-digging” plants in late winter and spring to have for summer sales. In December of 2018 we began plans to produce plant liners for other nurseries and our own internal use.  Production space was developed specifically for liner production with our first crop being delivered to customers in the fall of 2019. 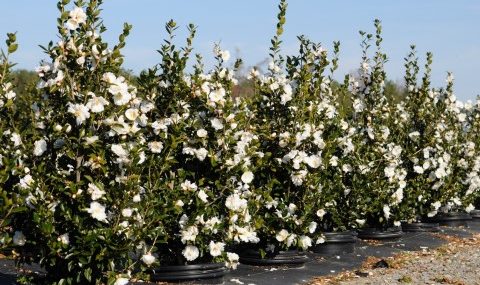 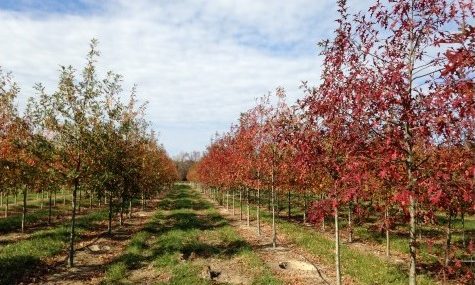 Worthington Farms grows over 125 species and cultivars of trees, broadleaf evergreens, conifers, shrubs, and ornamental grasses. Our Distribution Center stocks over 500 different species and cultivars of landscape plants. Our B & B stockyard has hardened-off, larger field-grown plants available for summer use. Our liner production area is growing liners for many premier nurseries in the eastern United States with an expansion of this area already in process.

Through the years we have dreamed of being a nursery capable of supplying all the plants needed to complete a landscape project. Today we can do that in addition to supplying liners to other nurseries. We pride ourselves on the quality of our plants and the reliability of our service.